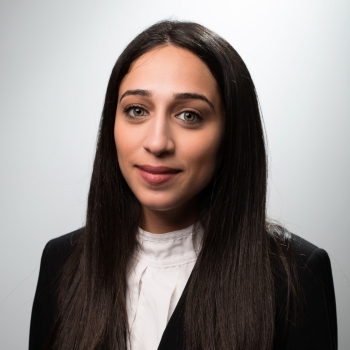 Having previously worked at a leading law firm for four years, Georgia joined the firm’s commercial department in 2017. Georgia has in-depth knowledge and experience in a spectrum of commercial law transactions and extend to private client matters as well as real estate and migration issues, while her well-developed expertise has allowed her to offer clients tailored advice and solutions.

Georgia has attended and participated in domestic and international conferences on Migration and Investments, a key event being that which was held in Shanghai, China in 2017.

Georgia studied law at the University of Sussex in England, and continued her academic development having been granted a full scholarship in International Commercial Law at the European University of Cyprus.

Georgia has been called to the Cyprus Bar.

Please see our latest article published by Onetrust DataGuidance on the European Commission's proposal for a legislative framework that would allow the bloc's 450 million people to travel freely within the EU during the ongoing COVID-19 pandemic.
Read More
April 26, 2021

Major recognition by WWL in the banking and finance sector

We are delighted to announce that our partner, Alexis Erotocritou, has been recently recognised amongst the 7 “top ranked” leading practitioners in Cyprus in the banking and finance sector by the reputable directory Who’sWhoLegal, following independent research with clients and peers.
Read More
April 16, 2021

We are delighted to announce that, for another consecutive year, A.G. Erotocritou LLC has been recognised in various practice areas as a “Leading Firm” in Cyprus by The Legal 500.
Read More
March 26, 2021

We are delighted to announce that our litigation team has been recognised as leading practitioners in the dispute resolution sector in Cyprus by the legal Directory, Chambers & Partners (Europe) for the year 2021.
Read More
March 23, 2021

We are looking to recruit an enthusiastic, motivated and responsible individual with excellent communication and interpersonal skills.
Read More
March 04, 2021

Cyprus expands its Eurasian reach through the double tax treaty signed with Kazakhstan which effectively entered into force on the 1st of January 2021 and purports to strengthen trade and economic relations between the two countries.
Read More
Back to People