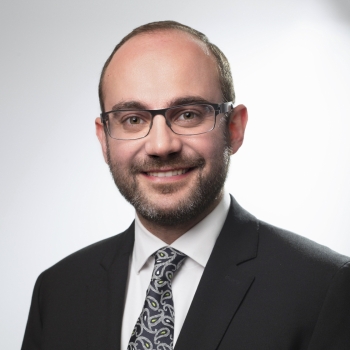 He has extensive experience acting on private client matters and advising entrepreneurs, international families but also trust companies and family offices, assisting them. His work often relates to their estate planning, structures and personal affairs and this frequently involves complex corporate, banking, real estate, international tax and estate planning. Alexis also regularly advises foreign residents on immigration matters, including on the most tax efficient way to structure Cypriot investments or a move to the island.

Moreover, Alexis frequently acts on behalf of borrowers and financial institutions across a broad spectrum of high value corporate, banking and finance transactions, as well as rendering advice on the mechanics of various security structures. He also advised a plethora of conglomerates, development companies, HNW and UHWNI in relation to their real estate projects and investments in and out of Cyprus, some of which constitute the largest related transactions which have ever taken place in Cyprus.

Some experience includes acting for a major multinational corporation in relation to the largest-in-size debt restructuring which took place in Cyprus, in excess of $700m and acting for the lenders’ on the refinancing of a secured facility exceeding $350m to one of the largest international agricultural companies. Alexis has also advised a major international telecommunication corporation, in relation to the sale of its stake for a total contract value of €208 million. Moreover, he recently acted for the lenders on the refinancing of a $600 million secured facility whilst he has also advised a leading Eastern European group on a US$180 million tender offer and US$400 million new note issue.

As regards the private client and real estate sectors, Alexis acted for and advised on the set up of several 5* hotels in Cyprus but also on the construction and development of some of the largest ever real estate projects in Cyprus. In 2019, Alexis (advising on selected private client matters) was part of the local team acting as Cypriot counsel in relation to global litigation proceedings between Russian oligarchs (the value of dispute exceeded $2b) before the Supreme Court of NY. The case was at the time one of the most high-profile cases pending in the global litigation sphere and has been described as ‘the biggest oligarch battle in the US’.

Alexis has authored various publications, mainly in the areas of corporate governance, securities, banking, immigration, tax and real estate. Among others, he was the co-author of the Cyprus Annual Report on Shareholding Disclosure and Short Selling, and the author of the Pre-Insolvency Enforceability of Derivative Transactions under Cyprus Laws. Alexis has also contributed the Cyprus Annual Chapter on various topics for various directories/guides, such as the Legal500, Getting the Deal Through, Lexology, ILO, etc. Alexis has also lectured at the European University of Cyprus.

Alexis is regularly featured in leading legal directories which, in recognition of his achievements, have independently elicited selected clients’ comments which have referred to him as “an extremely knowledgeable strategic thinker”, (IFLR 1000), “a very strong work ethic and entrepreneurial attitude” (Chambers and Partners), “dynamic and methodical” (Who’s Who Legal). Chambers and Partners (High Wealth) (for several years) recognised Alexis as a “Band 1” lawyer in Cyprus, who, according to the directory, wins high praise for his combination of technical skill and an approachable manner. Chambers recognised that Alexis maintains a strong reputation for international work and especially with regards to HNWI. Alexis has been also listed for many consecutive years by Legal 500 as a (Tier1) leading individual in banking and finance and real estate. Moreover, he has been recognised consistently as a leading figure in corporate, m&a and real estate and has been described as “extremely efficient” in relation to his work. Lastly, WhosWhoLegal declared Alexis as a recognised figure in the European banking space, highlighted for his first-class corporate finance practice.