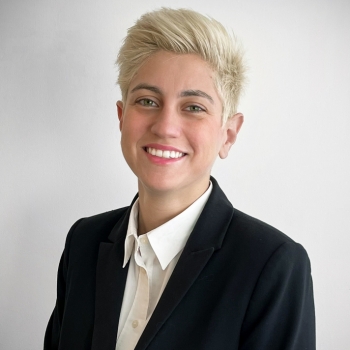 Elina joined A.G. Erotocritou LLC’s dispute resolution team in 2015. Her practice is focused on contentious commercial and corporate matters with an international element. Elina has represented a variety of clients in proceedings concerning high value financial transactions, intricate corporate fraud and involving complex, multi-jurisdictional corporate structures, while she maintains a particular interest in shareholders’ disputes, cross-border insolvencies, as well as the protection of minority shareholders’ rights. Elina has acted in several proceedings that required the issuance of interim relief, usually with a strong element of urgency, and in proceedings requiring the opposition to such relief when it is already granted. Additionally, Elina has significant experience in collaborating and coordinating with lawyers form several other jurisdictions in proceedings with a strong international element, where proceedings are pending before various Courts across the world, such as England, Russia, the USA, Marshall Islands and other European countries, where there is a need for recognition and enforcement of foreign judgements or where injunctive relief is being sought in aid of foreign proceedings.

Elina has authored various publications, mainly in the areas of commercial litigation, restructurings and insolvency, and is a speaker at various local and international conferences.

Elina was admitted to the Cyprus Bar Association following the completion of her LLB and Legal Practice Course in London. Previously, she had completed undergraduate and postgraduate studies in Psychology.